I’ve been thinking about the symbolism behind the rocks mentioned in the Bible. The word rock alone is mentioned 150 times, more or less, depending on the translation you’re using. And that’s not including stones. It promises to be an interesting study.Let’s discover together the significance of the rocks and stones mentioned within the pages of Scripture. 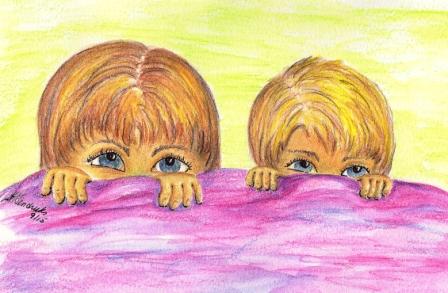 The moment the garage door rattles as the chain pulls it open, my grandactives squeal, “Hide me. Hide me.” They giggle and wiggle under the blanket I throw over them until Pappy says, “Who’s under there?”

“It’s me!” They giggle again as they fling the blanket across the room. Pappy chuckles with them then picks them up for hugs.

Ah, those were the days. Now, the older grandactives get the concept and hide quietly in closets and corners. But if the wait stretches out too long, they peek out of their hiding places with childish whispers, “Where’s Pap now?”

Although our grandactives hide out of sheer enjoyment, I often imagine Jesus hiding me in the cleft of the rock when I’m fearful and in need of protection from the enemy.

However, the above verse refers to a time Moses needed protection from God. Moses had asked to see God’s face. But God said no man shall see His face and live. Even so, God, wanting to show favor to Moses, hid him in the cleft of the rock and covered him with His hand until He passed by. Then God removed His hand so Moses could see His glory.

That rock symbolizes Jesus in that He will hide and protect us from God’s wrath on the Day of Judgment. Those outside of Christ will have no place to go, no place to hide, and no excuse to stand before Almighty God. That’s going to be a scary place to stand. I’m thankful for the Cleft of the Rock.

How about you? Where are you hiding?

Over the Top in Obedience

Then Moses raised his arm and struck the rock twice with his staff. Water gushed out, and the community and their livestock drank. (Numbers 20:11)

Water from the Rock

When six-year-old Melinda disobeyed me in church, my anger flared. I brought her home, got out a wooden spoon, bent her over my knee, and yes, I paddled her. Twice … if I remember correctly. Then the spoon flew across the room. I swear Melinda’s guardian angel intervened before I became an abusive mother. To this day, I carry the bitter shame and remorse for my actions that day. Nothing that child did warranted a wooden-spoon spanking. Although God instructs us to discipline our children—whoever spares the rod hates their children, but the one who loves their children is careful to discipline them (Proverbs 13:24 emphasis mine), I had gone too far.

Likewise, Moses had gone too far when he struck the rock twice with his staff. Yes, he got the desired results, but not without punishment. This was the second time God answered the Hebrews’ murmuring by producing water from a rock. The first time is recorded in Exodus 17:1-7.

Here are some of the differences between the two occurrences:

In both incidences, God gave Moses specific instructions. The first time, early in their pilgrimage, Moses passed the test with patience toward his people and with obedience toward God. The second time, after nearly forty years’ worth of grumbling and complaining, Moses struggled with his anger, and although the rock produced the necessary water, he failed the test of submissiveness and respect.

Submissiveness and respect are all God wants from any of us. Just as He provided for the Hebrews in the wilderness, God provides all we need here and now. Grace, mercy, and peace flow from the Rock, which is Jesus Christ, like rivers of living water. This water comforts, refreshes, and strengthens our souls like nothing else can. It truly is all we need. And it’s ours for the asking when we do so in humility, submission, and obedience.

How about you? How have you gone too far in your “obedience” to God’s word? Take a step back. Seek forgiveness. Drink from the Fountain of Living Water.

The Rock of Israel 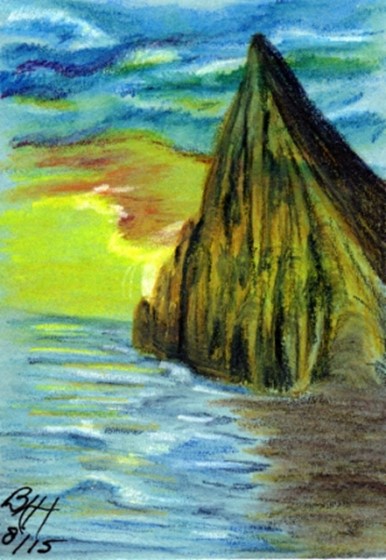 In preparation of this first post on the Rocks of the Bible, I googled Rock. About 95% of the results came up rock and roll music. Go figure? Rock is one of those English words with a dual meaning. Rock: verb—to sway from side to side or back and forth; cause to move back and forth; disturb the normal state, shock or distress (I was wondering how rock and roll got its name). Rock: noun—solid, immovable, unshakable mass of minerals; material consisting of the aggregate of minerals like those making up the Earth’s crust.

The reason Israel (Jacob) referred to God as the Rock of Israel is not ROCKet science when he reminded his favored son, Joseph, of all the trials he had faced and the one who protected him through it. But we can learn a lot about God’s steadfastness when we think of Him as a Rock.

Consider all the term implies to the Hebrews of that day:

Jacob made certain Joseph understood the position he enjoyed in Egypt was not achieved by his own hand. The only reason Joseph managed to survive and to thrive was because God covered him like a rock with His protection, His strength, and His stability.

With all the terrorism against Christianity in the world today, it’s good to remember that God covers all His children like a rock. He invites us into His shelter. He rises up to fight our battles just like He did for Joseph.

How about you? How have your experienced the Rock of Israel?