Humble yourselves before the Lord, and he will lift you up. (James 4:10)

One of the inconveniences I acquired through chemo treatments is neuropathy in my feet and hands. I’m learning to deal with it … slowly. My feet bother me more than my hands. I hear that’s how it normally works. If I could detach my feet and stand them in the corner until they promised to behave, I would.

So my husband, bless his heart, does what he can to encourage me and keep me comfortable when we go out.

When my daughters became annoyingly overactive, it told me they needed rest … a nap … TIMEOUT. Or maybe I’m the one who needed the break. Regardless, the correction slowed them down, gave them a new perspective on their surroundings, and usually, offered time to come up with a quieter or more productive activity.

Come sit on my deck and enjoy the weather.

As adults, we become overactive with life, rushing here and there, always busy doing, never resting. Occasionally, the Lord says, “Enough. I’m putting you in timeout.” At least that’s how it feels on snowy days like today. The most of Central Pennsylvania has come to a halt. Schools are cancelled. Businesses are shutdown. Few cars are on the road. It’s so quiet. We have time to think, time to reevaluate our lives, time to commune with our Creator. Sometimes, He just wants us to stop and reflect on His goodness.

When the roads are cleared, it’s business as usual. But we feel refreshed, ready to face the hectic life we’ve grown accustomed to. And we realize how much we needed to listen to our Father, to set at His feet and be comforted … to be still and know that He is God (Psalms 46:10).

How about you? How has the storm affected you?

There is now no condemnation for those who are in Christ Jesus, because through Christ Jesus the law of the Spirit who gives life has set you free from the law of sin and death. (Romans 8:1-2) 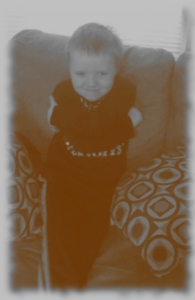 “I can’t. I’m in timeout.” Eli made a pouty face and looked at his grandfather.

Mommy looked up at her dad. “Can he get down now?”

Grandfather shrugged. “I’m not the one who put him in timeout. He put himself on the chair.”

Eli had misbehaved. Anticipating the typical response to his behavior, he climbed up on the chair, putting himself in timeout. This wasn’t the first time he had done so. He knows when he ignores instructions and continues to do what he’s don’t supposed to do, he eventually receives timeout as his reward. So to save us all from the aggravation of scolding and sitting him on a chair, he does it himself. The funny thing is, he often does so when we (the adults in charge) have no intentions of giving him timeout.

This little routine taught me a lesson about being a child of God. Occasionally, I do things that most likely don’t … perhaps don’t …

well, okay, definitely don’t line up to my Father’s standards. Take procrastinating for example. I know He has specific tasks for me to do and guidelines for me to follow everyday. But I get sidetracked. I do things my way. I don’t get the tasks completed.

Then my guilt steps up to confuse the issue, allowing the enemy a foothold. The enemy tells me I’m lazy and unworthy of the task. So I put myself in timeout … procrastinating all the more.

Eventually, I confess to the Father that I’ve been worthless, unfaithful, and deserve to be punished. Do you know how He answers me? He answers by bring to mind the Scripture above–“There is no condemnation for those who are in Christ Jesus.” He also says, “I have not put you in timeout. Now get up and get busy doing the work I have called you to do.”

How about you? What’s keeping you from doing the work the Father has called you to do? 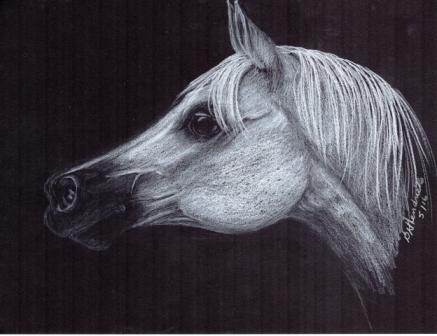 This past Saturday, I had the opportunity to introduce my seven-year-old grandactive Sydney to the world of horses. She approached the mighty beast with caution and bravely petted his neck. It took a little talking on my part, but finally, Sydney stretched her wary hand out to touch his velvety nose. The horse chose that moment to nicker, frightening Sydney a bit. A little later, I convinced her to ride a pony. She climbed into the saddle with the help of a handler. Poor Sydney looked petrified. A few trots down the path, my little girl’s eyes sparkled. A small smile transformed her expression into a look of approval.

When the ride ended, she hopped down pleased with the experience. I suggested she try one of the horses. She declined. So we moved on to participate in some other activities.

About an hour later, she said, “Can I ride the brown horse now?”

“Of course.” I led her back to the area, surprised at her decision. The brown horse was the biggest one.

When she finished her ride on the brown horse, Sydney grinned so broad I thought her cheeks would explode. Then she wanted to ride the other horse. On the way home, she said riding horses was the most amazing thing she’d ever done.

It didn’t take much to convince Sydney horses are one of the most majestic, beautiful, trustworthy animals God has ever created. I think God agrees too. Did you know horses are mentioned about 170 times in the Bible? It says they are strong, valiant, and dependable in battle. It also says Jesus will return ready for battle on a white horse followed by His army of believers. Woo Hoo! We’ll have horses in His kingdom.

As I drew the above picture, I thought of all the admirable qualities of a horse. How beneficial would it be if we simulated some of their good traits? I made an acronym to help remember some of the well-trained horse’s attributes that would be good to develop ourselves.

These positive horse traits don’t have to be explained. We all know we should be humble, obedient, ready, sensitive, and energetic. But I wanted biblical verification. What I found surprised me. Instead of Scripture that endorsed positive horse behavior, I found verses that said, “Do not put your trust in horses” (Psalm 20:7). “Do not be like the horse” (Psalms 32:9). “A horse is a vain hope” (Psalm 33:17).

Proverbs 21:31 states the reason the previous statements were made. “The horse is made ready for the day of battle, but victory rests with the Lord.”

No matter how strong, noble, or majestic a horse appears, only God controls the battle. Only God deserves our praise. And if we want to develop noteworthy character, we should emulate only God.

How about you? Whom do you trust and emulate?

P. S. If you guested a horse for last week’s mystery picture, you were right.

During her toddler years, my granddaughter had a condition known as low muscle tone, which made some activities at the playground a little difficult. But it never stopped her from playing with other children. When they climbed to a higher level on the jungle gym, she simply called out for help. It made no difference if she knew the other children or not. She admitted freely that she couldn’t manage without assistance.

The others came to her aid without hesitation. Some stood behind her and pushed. Others grabbed her arms and pulled. Each time, she ended up on the same platform as her friends, and they resumed their game.

Sydney knew her needs and limitations, but …

Next week, we will consider another blind man who Jesus gave physical sight and later sought out to offer spiritual sight. In preparation, study John 9.